As you may or may not be aware, North Wootton Village Hall was intending to hold a VE Day Party on Friday 8th May 2020 to commemorate the formal end of fighting against Nazi Germany in Europe. Of course, the latest guidance from the government means that the lockdown has been extended for a further three weeks, and last week we received an email from the VE Day 75 Pageantmaster, Bruno Peek, announcing the cancellation of community events celebrating the anniversary.

North Wootton Village Hall will rearrange the VE Day Party, either to be held on VJ Day (15th August, if social distancing restrictions allow) or on the VE Day anniversary in 2021.

However, we feel that some aspects of this important anniversary could still take place on Friday 8th May (Bank Holiday) in ways that will allow us to celebrate the VE Day anniversary while following the essential social distancing advice to ensure that everyone remains safe.

Firstly, at 3pm, we very much encourage you to take part in The Nation’s Toast but from the safety of your own homes. The planned air raid siren will sound on Priory Lane and we ask that you raise a glass or cup of the refreshment of your choice and undertake the Toast (the words to which can be found here). The Toast will also be broadcast on our social media platforms just after the siren at 3pm, and should be followed by a two minute silence. This is the very first time such a tribute has ever taken place to pay tribute to the many millions from the United Kingdom and overseas who sacrificed so much to secure the freedom we have today, so please encourage others to join in from their own homes too.

Secondly, we’d love for North Wootton to take part in a Stay At Home Street Party and are encouraging residents to decorate their homes in red, white, and blue, and enjoy a picnic in your garden. Bruno Peek, the Pageantmaster for the VE Day 75 celebrations suggests taking part in the BBC Local Radio station initiative in making your own VE Day Great British Bunting. Download everything you need at: https://www.bbc.co.uk/programmes/articles/4TrqYDyf4PMdLypxzyTwGDg/great-british-bunting

The idea is that neighbours in the roads, streets, and lanes of North Wootton will come out to drape their homes in flags and bunting and then enjoy the festivities while observing social distancing and staying at home. Please get involved, and if you do then please tag North Wootton Village Hall in your posts on social media – we will share as many as we can.

Lastly, the Royal British Legion are calling for people to help commemorate the anniversary by joining in with a UK-wide rendition of Dame Vera Lynn’s “We’ll Meet Again” at 9pm. BBC One will be featuring the singalong as part of their VE Day broadcast and we shall also broadcast the song on our social media accounts at 9pm, so get practising now – the lyrics can be found on the British Legion’s website.

Why not have a go at Cake Decorating and Sugarcraft? On Monday the 4th of October at 7:30pm there is a Christmas Cake decorations demo and have-a-go workshop being held at the Village Hall. Tickets Read more… 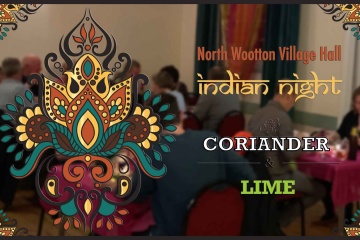 Indian Night with Coriander and Lime 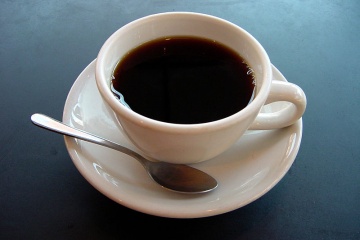 Starting on the 6th of October, there will be a Coffee Morning held in the Village Hall every Wednesday morning, from 8:30 to 12, All are welcome, no booking required! Feel free to drop in Read more…